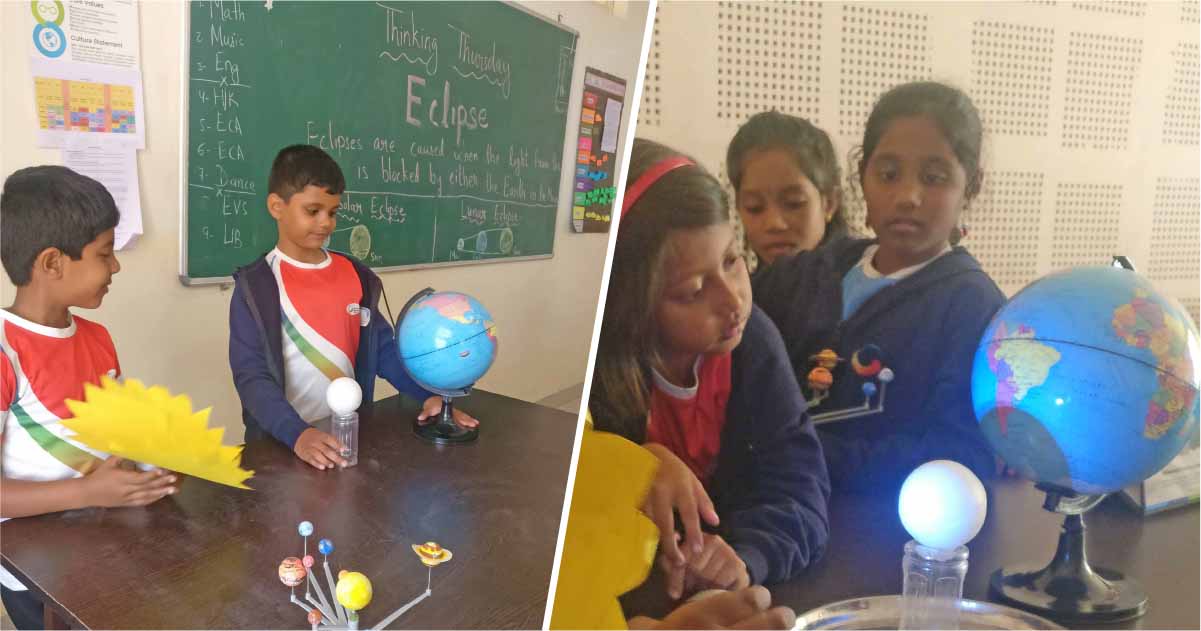 In the month of December, the Thinking Thursday activities were planned for Grades 1 and 2 and these were very interesting and also informative for the youngest ones of the Primary segment.

Grade 1 did an 'Experiment on Transpiration'. A small plant was covered by a transparent sheet. It was kept in the sunlight. After an hour it was observed by children that small water droplets were collected at the surface of the sheet. They understood that plants absorb water through the roots and then give off water vapour through pores in their leaves. This process is called Transpiration. The children were curious and realized that transpiration is a part of water cycle, similar to that of evaporation from water sources.

Grade 2 liked the 'Experiment on Eclipse' very much. They were explained about the two rare phenomenon where during an eclipse, the Sun or the Moon seems to disappear and these are called Solar or Lunar eclipses, respectively. In this activity, the students explored the fascinating natural phenomena with an easy-to-build model using a globe, ball and torch. Teachers have integrated English and EVS. The story in English was ' The Day the Sun Went Hiding'. This story was narrated to them to explain the concept of eclipse. Students learned about the movement of the Sun, the Earth and the Moon and formation of eclipse.

We have observed that such fun ways of learning have added to the interest levels of the students in various subjects like maths, EVS, English and science.