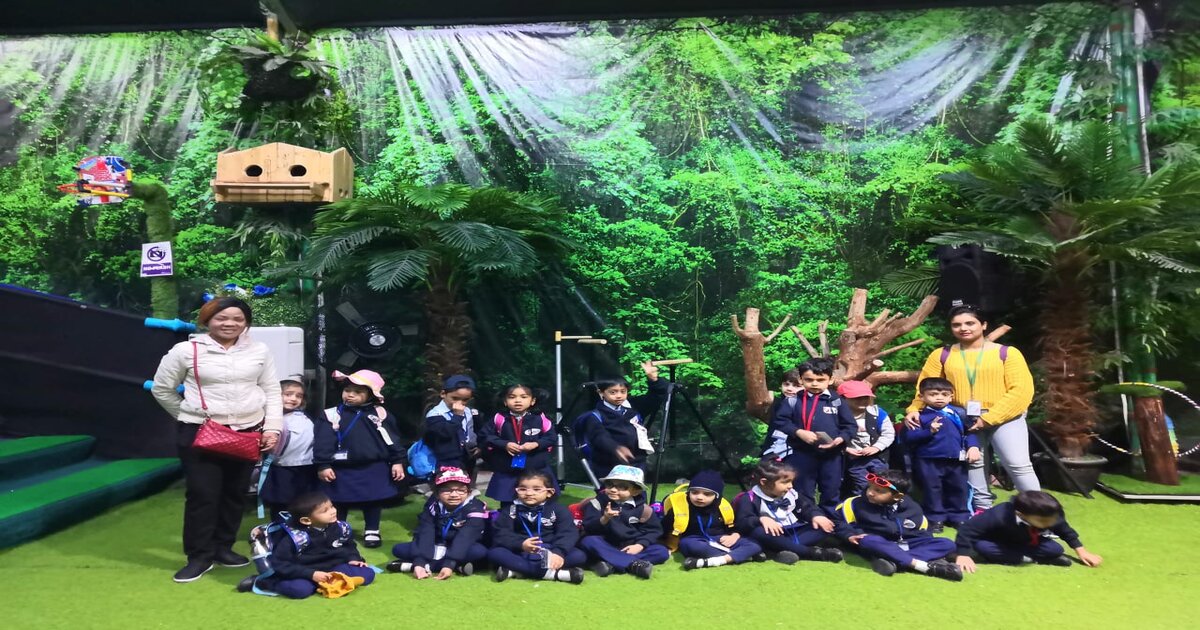 Birds ad Aquatic animals was the topic of the month in kindergarten. All the children of the Kindergarten Section visited Dubai Dolphinarium and bird show. Students arrived at the school at the regular time. The buses departed for the Dolphinarium at 9:05 am and reached Dolphinarium at 9:30 am. Kindergartener along with the adults went to see the Bird show. It was entertaining and full of fun for the little ones to see the birds doing different tricks by showing their dancing skills, riding a bicycle, playing basketball and even doing some magical tricks. The bird show was for 25 minutes. After the bird show children had a break for 30 minutes.

Then we headed toward the Dolphin show. As soon as the dolphins entered the hall, there was no doubt that the kids were overexcited as they watched Dolphin jump through hoops, dance on their fins and play with the ball. the little ones enjoyed the most , when these amazing creatures started shooting balls out into the crowd for the kids to bounce back,. The Dolphin show was for 45 minutes. Children had a short break after the show and returned back to school.